2016 was a great year for the redevelopment corporation, our service area and our community partners. The neighborhoods surrounding the medical center campus are thriving. The pace of residential and commercial development in these crucial neighborhoods is astounding. This year, several major projects have been completed and are now contributing to the wonderful vibrancy of our community. 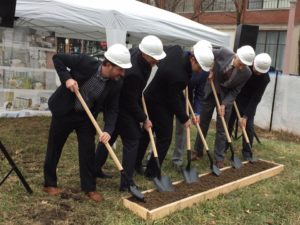 In the Central West End, over 350 additional residential units came on line in 2016. The much anticipated Orion mixed-use development opened to great fanfare at the intersection of Euclid Avenue and West Pine Boulevard. This luxury development is home to luxury apartments and the city’s first Whole Foods Grocery store. The Piazza by Cornerstone Development, has added to a once barren and inactive streetscape on West Pine near Vandeventer. The long-anticipated Lofts@Euclid development is a stunning historic renovation of a grand building at Euclid and Delmar. The project gives us all hope of seeing development continue north into the adjacent Lewis Place and Fountain Park neighborhoods. 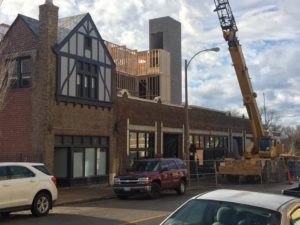 New historic conversion of a building on Olive by Rothschild Development

In the Cortex Innovation Community, located directly east of the Washington University Medical Center campus, Tech Shop St. Louis opened to great accolades. The new space has become a delightful haven for our region’s next generation of innovative makers. Meanwhile in Forest Park Southeast, The Grove entertainment district welcomed the modern infill 4321 building with 20 loft apartments above new retail spaces. Less than one block away, the stunning rehabilitation of 4261 Manchester at Tower Grove Avenue is now complete with modern retail spaces on the ground floor and historic apartments located on the second floor. 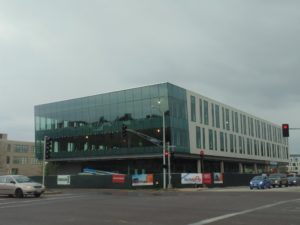 The new home of TechShop in the Cortex Innovation Community

Our community partners had an outstanding year. Park Central Development Corporation completed a number of “Community Assessments” by engaging dozens of residents around planning for future public infrastructure, security and development improvements. The Grove, Euclid South, and Euclid North Community Improvement Districts held a number of successful events to showcase our wonderful commercial districts. The Neighborhood Security Initiative, led by Jim Whyte, was critical in maintaining a safe and secure neighborhood environment throughout both the Central West End and Forest Park Southeast neighborhoods. Finally, the CWE North, South, and Southeast Special Taxing Districts worked tirelessly to support public safety and beautification initiatives and maintaining a welcoming environment for area residents and visitors.

The excitement doesn’t stop there. 2016 also saw the announcement of several development projects in our neighborhoods. Over 655 residential units are now under construction in the FPSE and CWE neighborhoods. Most of the units are scheduled to come on line during 2017 with some reaching completion in 2018. In addition to those units under construction, several exciting projects have been proposed. In the CWE, New Jersey based Mac Properties has proposed the construction of the city’s tallest residential building at West Pine and Kingshighway Boulevards. The Cortex Innovation Community has announced a $170m expansion and several smaller developments have been announced for the FPSE neighborhood. 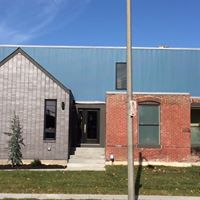