Contact
May 30, 2012 - In Community Events‚ Forest Park Southeast‚ The Grove By timmermann 0

With each ticket purchase you will receive tastings of over 50 beers, an IndiHop beer mug, print booklet, and shuttle service to and from both neighborhoods.  While on your travels through the Grove and Cherokee neighborhoods, you will find the participating businesses by locating the red “X” placed on the sidewalk in front of their business.

So far we have been overwhelmed by the positive response.  It should be a fun and enjoyable event.  Make sure to get your advanced tickets now, because there are only 300 left. “

Breakdown of the beer lineup: 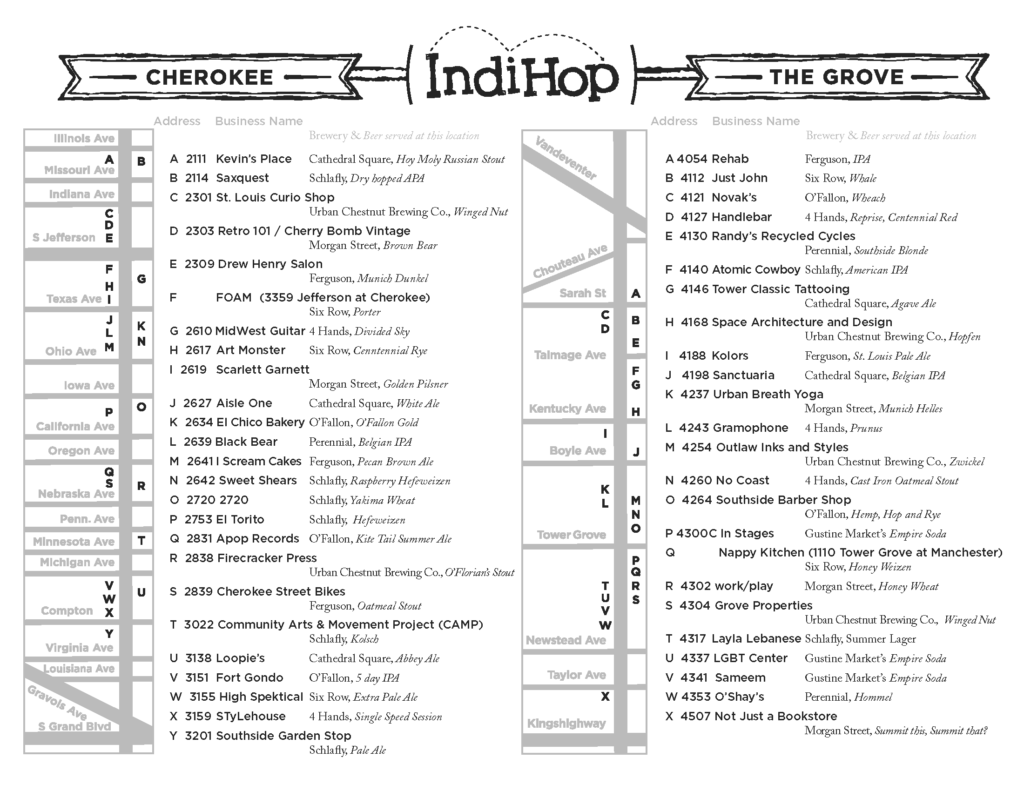 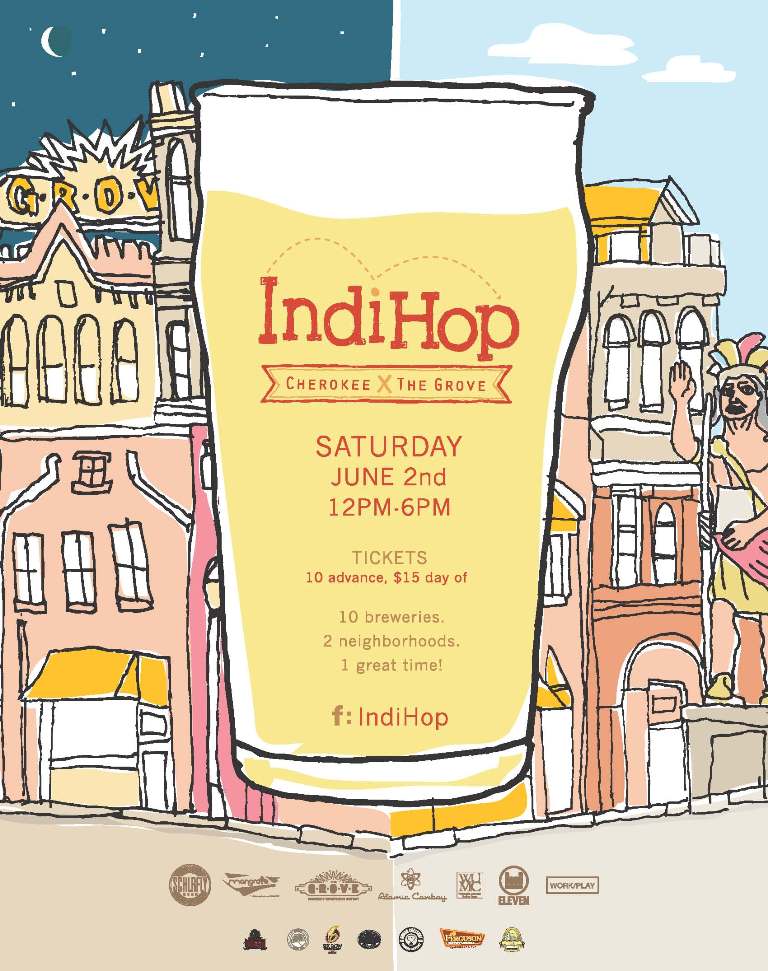