A Central West End resident of 21 years, Maggy Malcolm has not only experienced a great amount of change in her neighborhood, she has helped facilitate it with her memberships on various neighborhood associations and boards.

Maggy has accumulated a wealth of knowledge after selling real estate since 1981, and she has been able to put that knowledge to use for her community. After getting involved with volunteer work 18 years ago, she was nominated by Alderman Joe Roddy to be a commissioner for the Central West End South Business District.  This group is tasked with allocating funds on security and other important items.

Maggy considers an inviting and safe atmosphere to be crucial to the growth of the Central West End and points to landscaping efforts and the elimination of graffiti as examples of how that has been fostered. “We’ve come a long way in the last 20 years.  It is amazing what’s [been] done,” Maggy said.

The busy Maggy is also a member of the Neighborhood Security Initiative (NSI), which combines tax revenue from the five taxing districts in the CWE and efficiently administers it for security purposes. When asked why her work with the NSI was important, Maggy replied: “I’m a home owner. I want my property values to continue to go up. I want my friends to come down and socialize here. I want them in the Central West End and in the city. The only way to do that is to get rid of the fear of crime. Now, what we have is a perception. Not an accurate one.”

During her two terms as a board member of the Central West End Association, Maggy formed a marketing committee to promote the good work being done in the neighborhood. “I was asked repeatedly ‘Where’s the Central West End?’, while they were standing in the middle of it. So, I realized we had an issue. And I also wanted to get more people down here,” she said. After implementing a five year marketing plan recommended by Werremeyer design agency, the CWE brand has never been stronger. Maggy is particularly proud of the effort to install wayfinders and signage, which identify the neighborhood. Her efforts to market the neighborhood come from her strong love of the area.

“The Central West End is the best place to live. Bar none. It is intellectual, very diverse, and has many cultures, many languages, and many professions.  And you can’t find that in very many places in St. Louis.”
Thanks to people like Maggy Malcolm, who passionately promote their neighborhood, the Central West End will continue to be an easier place to find and to find your way around. 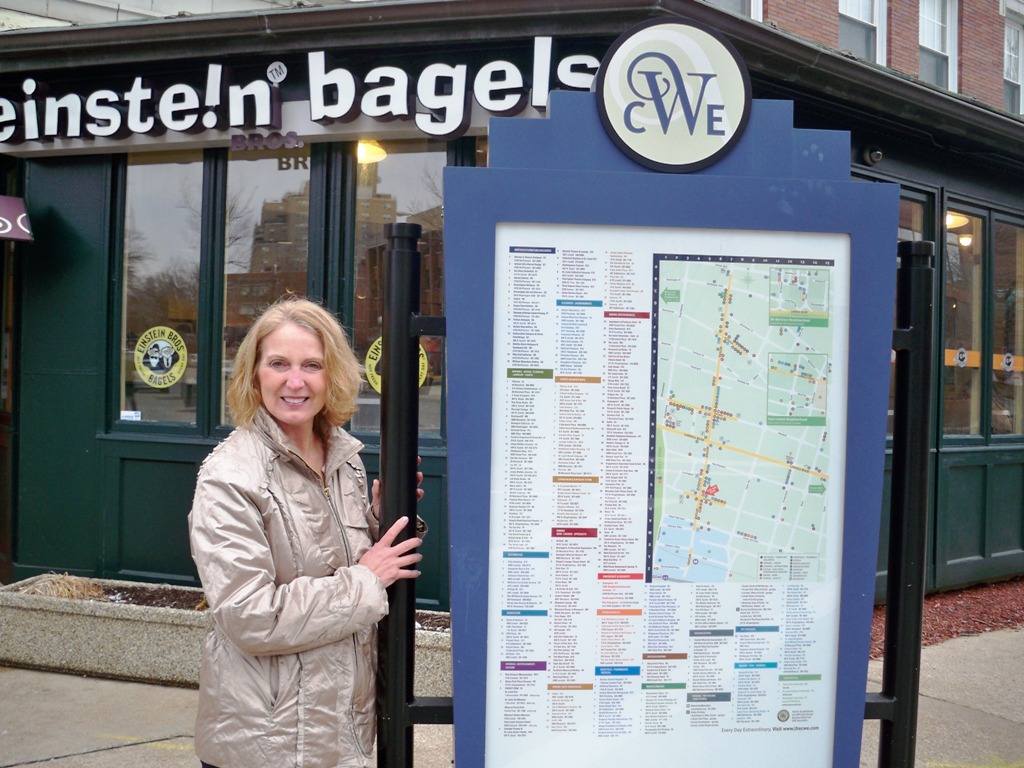 Previous The Grove: Caught on Film Next “Light Green” Sculpture is Almost Complete