Interactive Art Coming to the Grove

The latest installment of public art will be designed and installed by youth from the Forest Park Southeast neighborhood.  Teens at the  Boys and Girls Club – Adams Park Unit, worked alongside artist, Grace McCammond to come up with a design and concept.  Their task for this project was to design an art piece that would be interactive and encourage Grove patrons to get their picture taken with it.

The teens came up with a 3D mural of a chessboard, castle scene, and unique chess pieces.  The interactive mural will be installed on the northwest wall of 4281 Manchester.  The building is at corner of Tower Grove  and Manchester Avenue across from the Sweetie Pie’s restaurant.

Demetrius, one of the teen participants stated, “There was a lot of debate over the design and colors used.  Ultimately, we came to a decision that we were all happy with and we think visitors to the Grove will like.  We tried to come up with chess pieces in which all ages and gender will be able to relate and even want to get their picture next to them.”

McCammond will be working alongside the teens to install the design in April, 2013.  McCammond stated, “This is the fifth mural where I have worked alongside the Boys and Girls Club Teens.  I always enjoy their enthusiasm and energy they bring to these projects.  They love being a part of the rejuvenation of their neighborhood and once you give them a voice they run with it.” 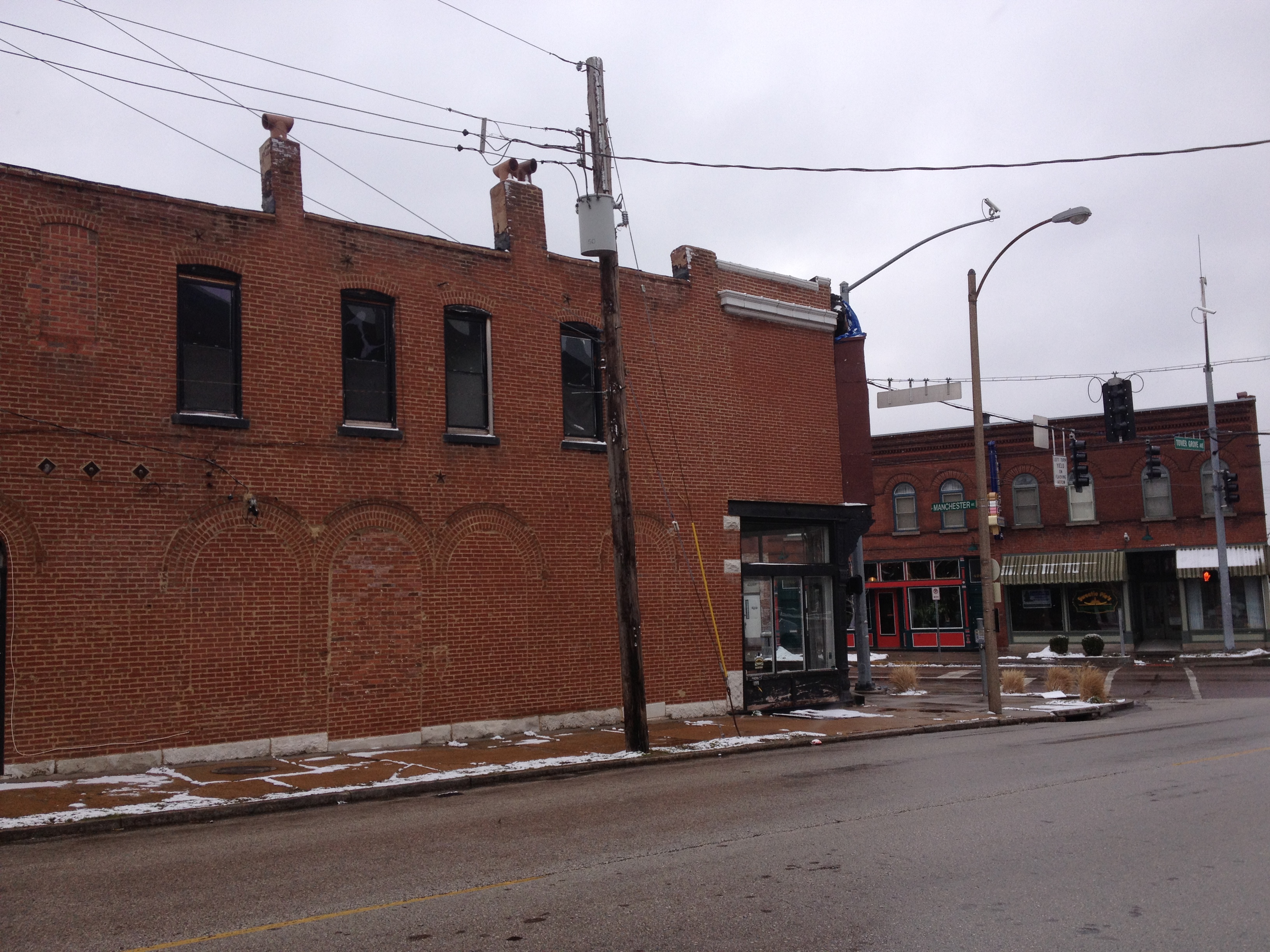 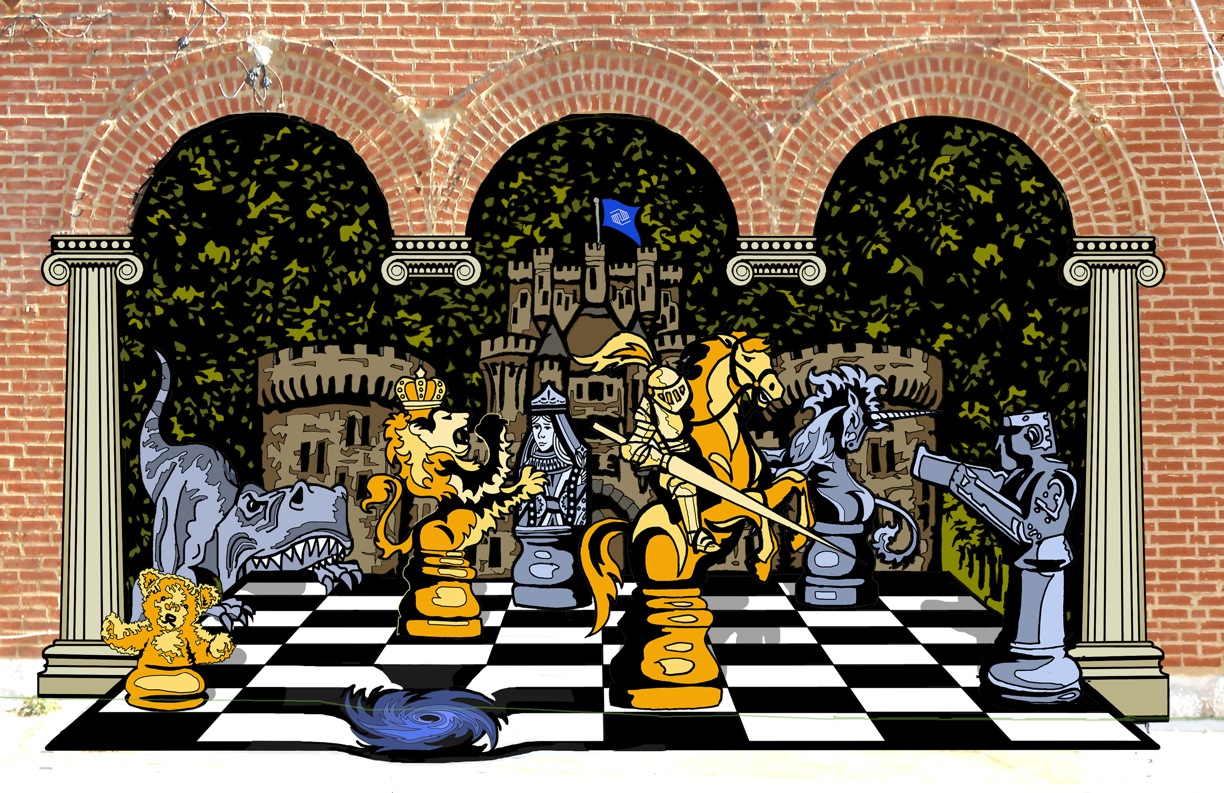 A large view of what will be the finished project. 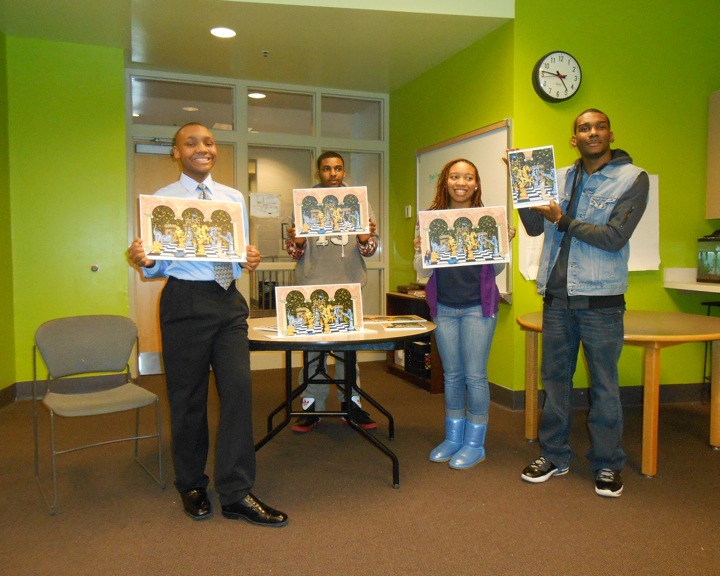 The teens of the Boys and Girls Club-Adams Park Unit present their designs. 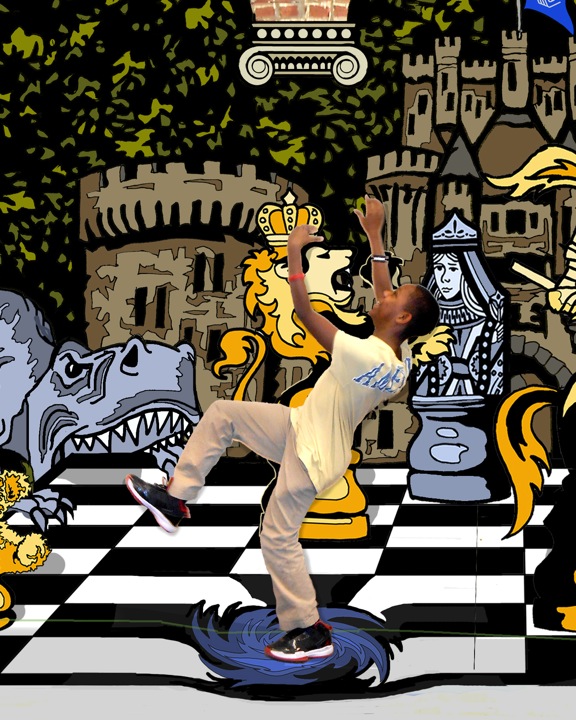 The chessboard is truly interactive!