Rookie developer, Jeff McCurdy, with Above All Development is gearing up to break ground the first week in February on his first project, which just so happens to be down the street from another new development that Above All Development is heading, Aventura at Forest Park. This project is at the corner of Tower Grove and Chouteau and is expected to be completed no later than July, 2013. Developing this vacant lot will add a nice welcome to the community for commuters exiting highway 40 at the new Tower Grove Interchange, currently under construction. 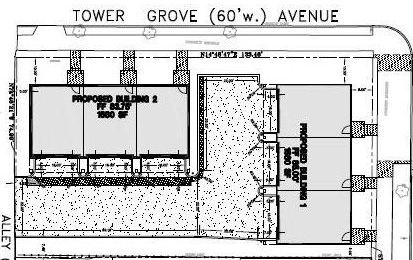 McCurdy, will be jumping into a nearly $1 million project that will consist of two buildings with six total units. The 1,332 square foot, 2 bedroom and 2.5 bathroom town homes will rent for approximately $1,500 per month once completed. The town homes will be loaded with amenities such as a two-car attached garage, a large second floor deck, granite counter tops, stainless appliances, walk-in closets, vinyl wood plank flooring throughout, and a washer and dryer in each unit. 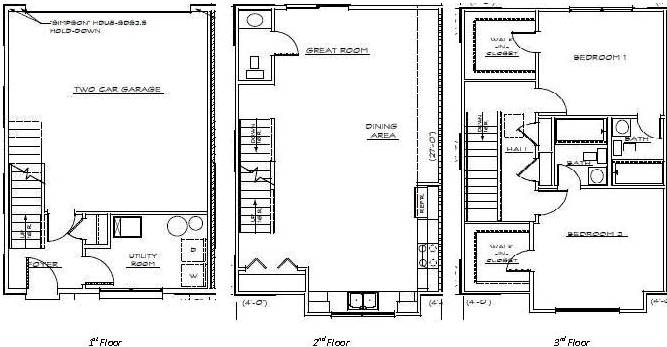 Above All Development is a small outfit that focuses on doing smaller deals that other large institutional developers tend to pass over. They look for emerging neighborhoods where they can create a niche and they strongly believe that the Forest Park Southeast neighborhood is a home run. Along with Jeff, Above All Development is made up of Jeff’s father, Stan McCurdy and Tom Behle. 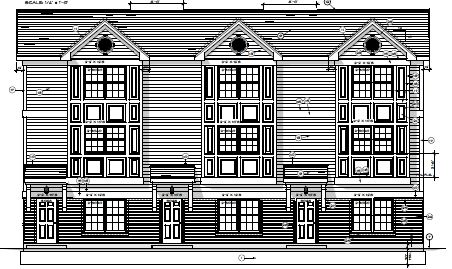 McCurdy stated, “The continued job growth of the surrounding medical community as well as significant growth to the retail located off Manchester makes this location ideal for this type of development. This project provides quick access for medical professionals, as well as SLU and Washington University students, while at the same time providing residents an opportunity to live in a tightly knit community, which Forest Park Southeast offers.”

Rear and Side Elevation

Above All Development has expressed sincere interest in the Forest Park Southeast neighborhood, first with Aventura and now with this new town home development. McCurdy, who is very proud of this new project, stated, “This development is different from others in the area. For one, it’s new construction, we also want to try and provide our residents with a place that feels more like a home than an apartment. The attached parking garage is an added bonus, because they are extremely hard to find in the city.”