Last week, development professionals gathered in the CORTEX Innovation District for a night of networking and celebration of phenomenal building activity occurring in the Forest Park Southeast and Central West End neighborhoods. Over $1.5 billion has occurred or is underway collectively in both neighborhoods. Several developers were on hand to highlight their specific projects. The 3rd Annual Developer Showcase was a huge success. 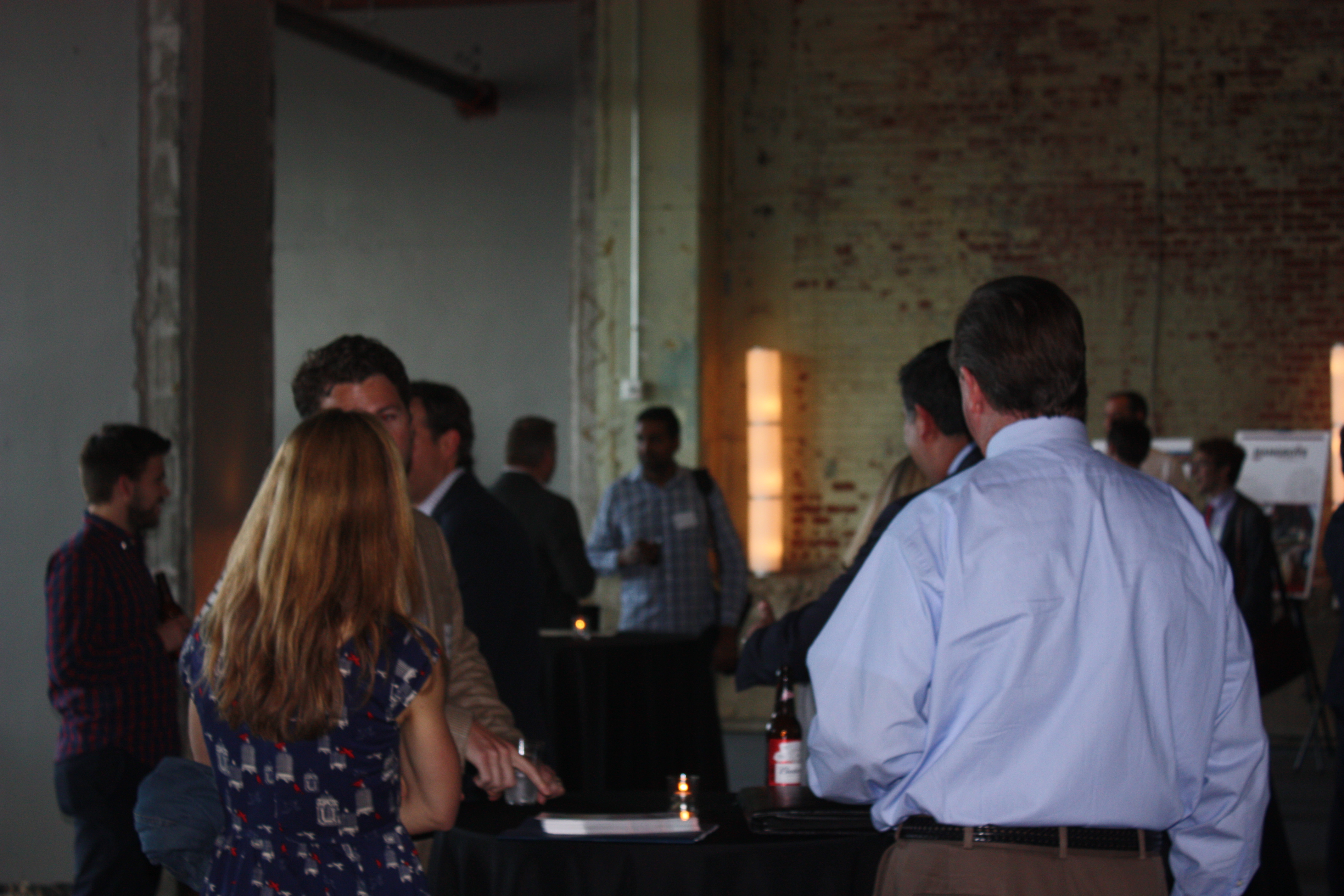 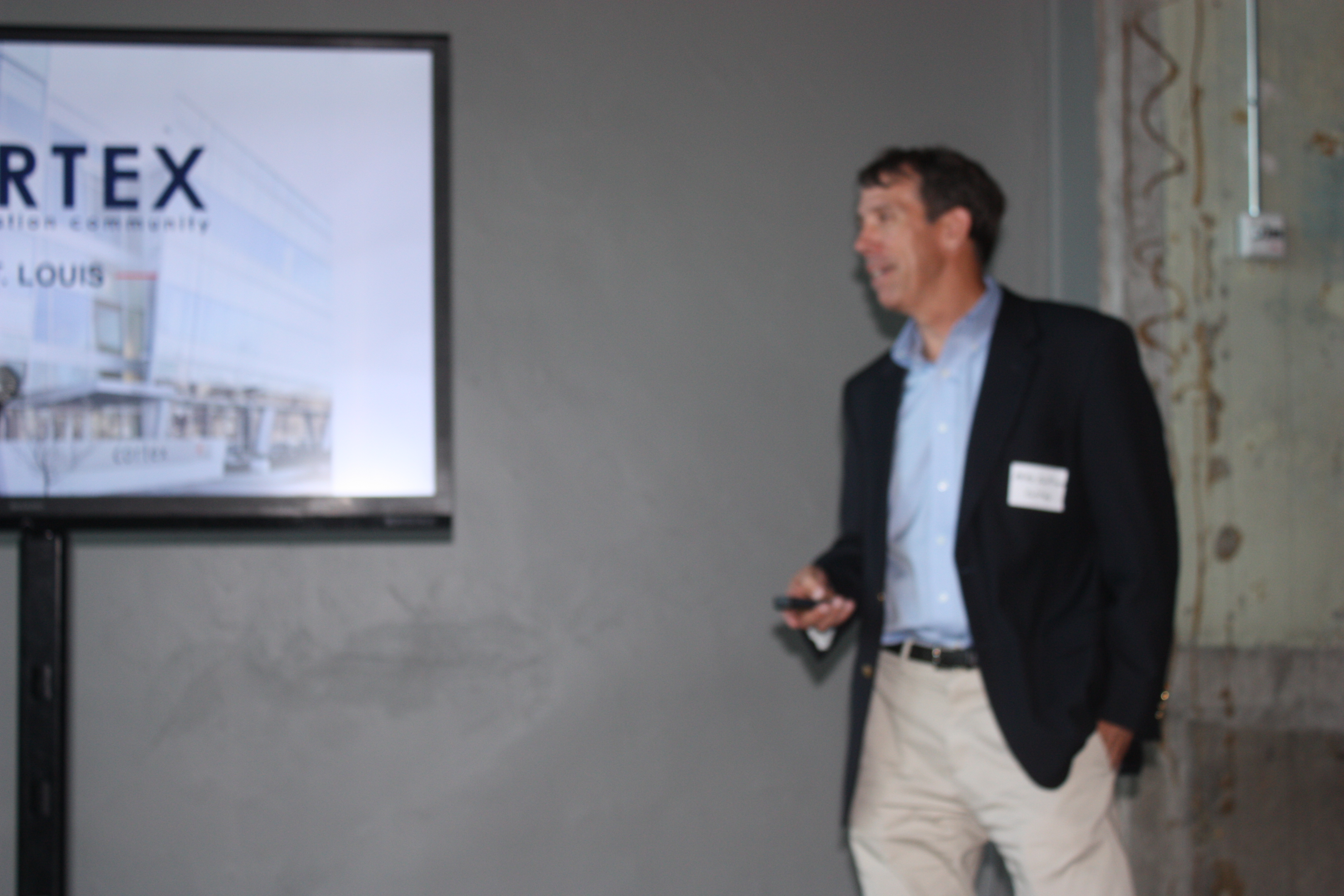 The night was also a wonderful learning experience for developers. Hannah Curtain from Park Central Development discussed the FPSE and CWE Form Based Plans. Dale Ruthsatz from the St. Louis Development Corporation discussed city incentive programs for development. Jim Whyte, the CWE Neighborhood Security Initiative Executive Director, talk about the importance of having a great neighborhood safety infrastructure in place to protect the gains made by the significant level of investment in the neighborhood and individual developers,Sean Spencer and Austin Barzantny, spoke about their experiences developing in the area. Mike Sullivan and Beth Letscher  from the CORTEX Innovation Community discussed the fast pace of development within the district and highlighted some soon to be completed projects, including the Tech Shop space. WUMC Community Development Manager, Samantha Royston, discussed additional development opportunities within the area. Tower Grove CDC Executive Director Sean Spencer discussed the importance of continuing development within and adjacent to these neighborhoods. 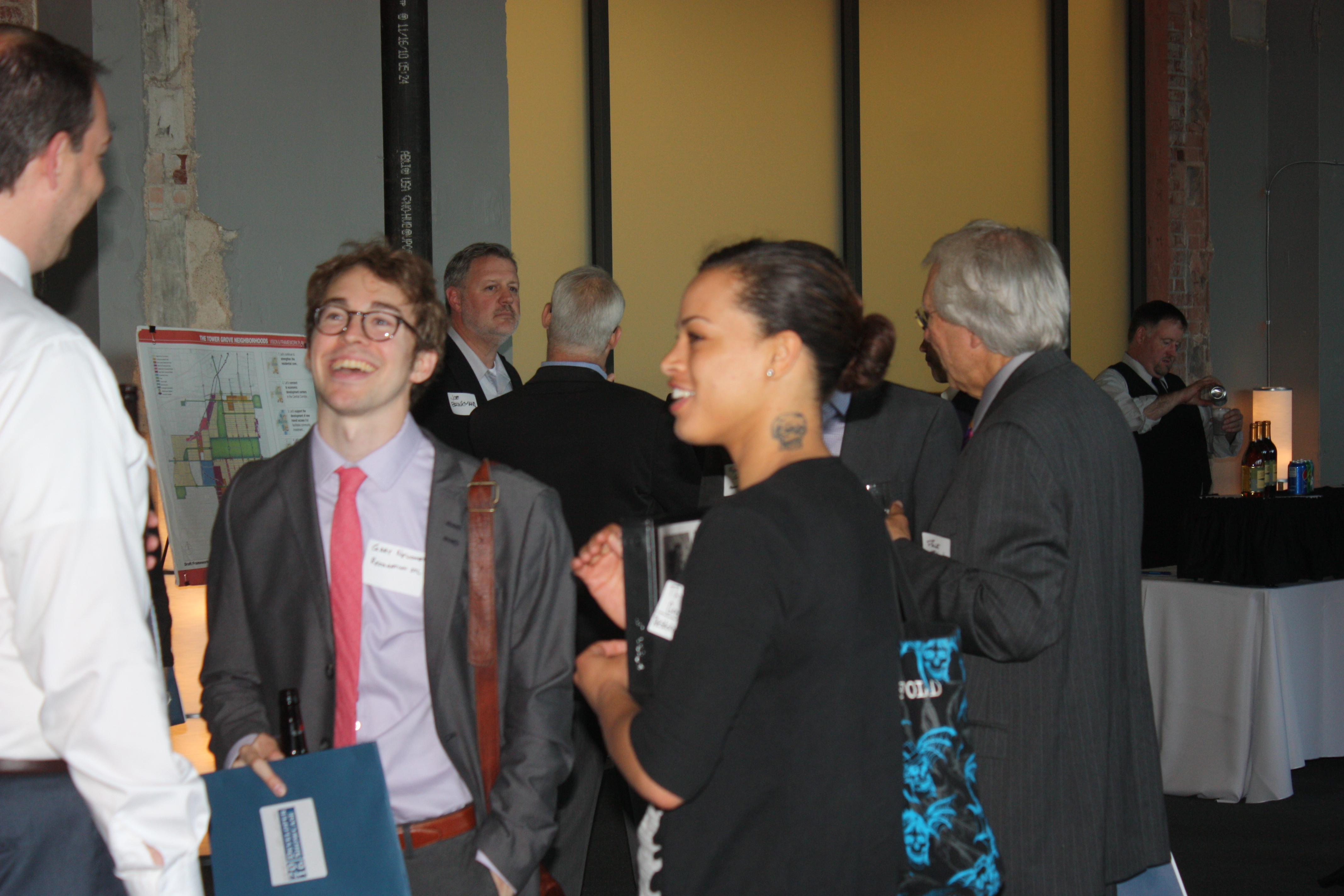 A comprehensive list of projects in both neighborhoods can be found here Neighborhood Projects Nine projects were highlighted with informative posters at the event. The projects highlighted include both large and small projects happening in the area. Here they are: 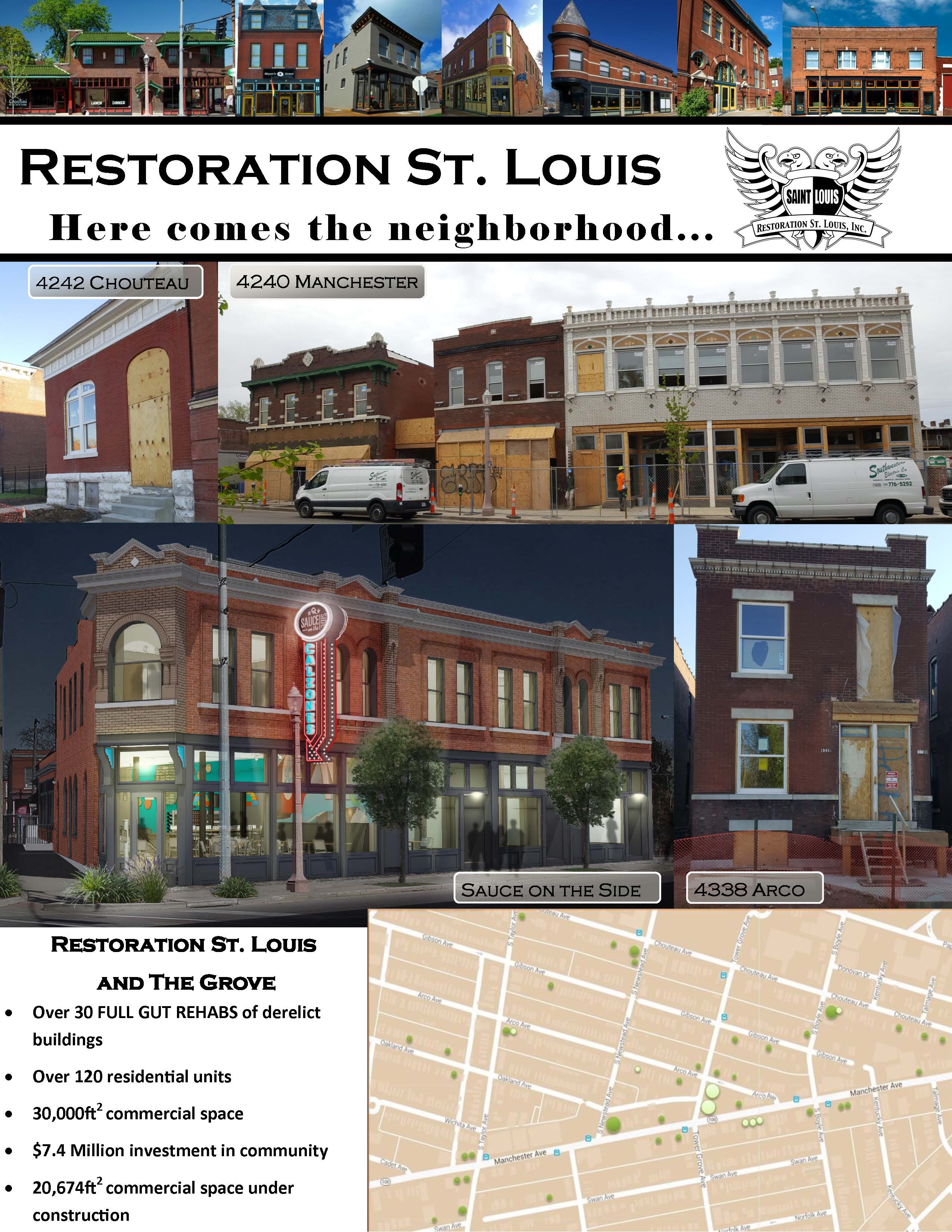 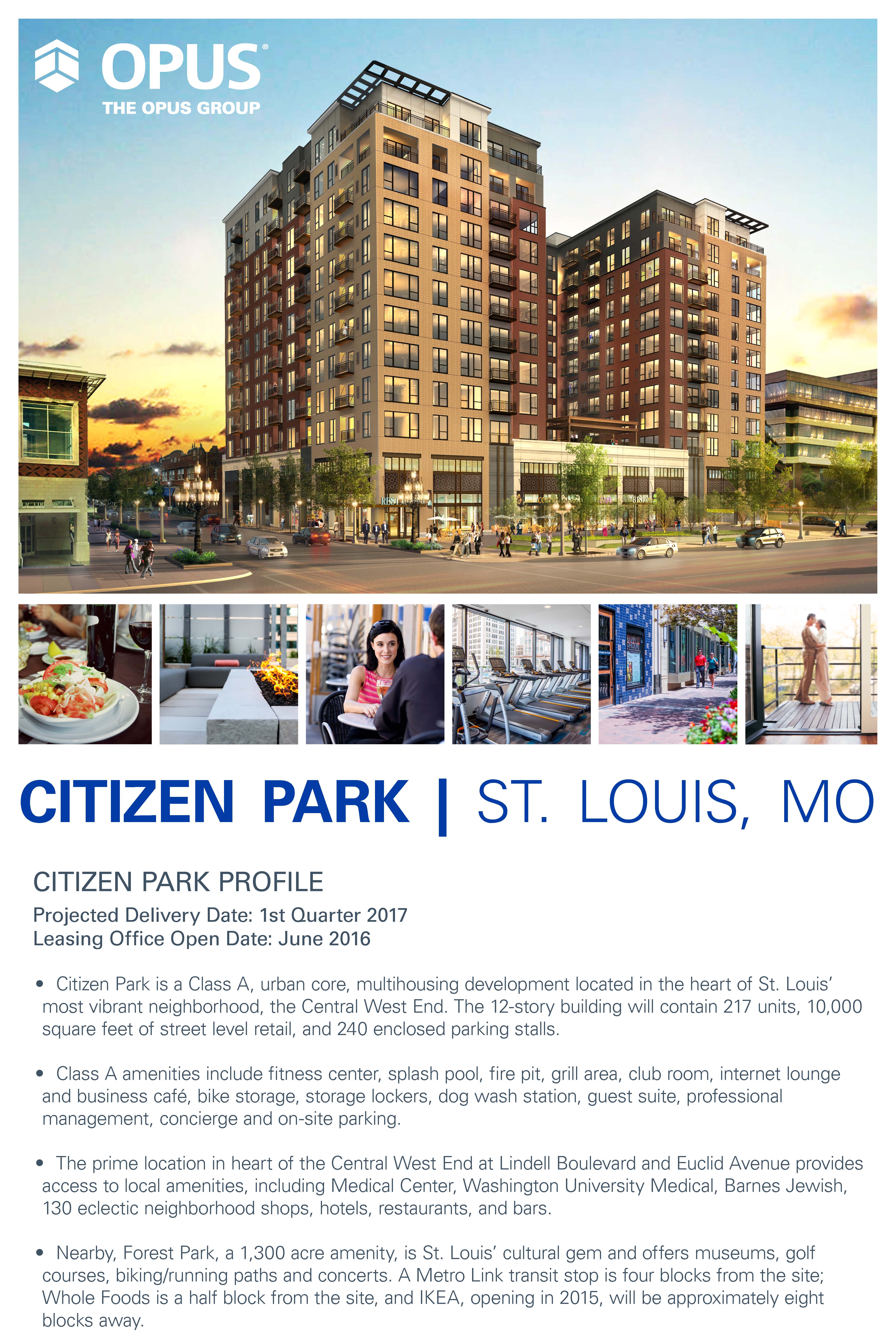 Mixed Use Mid-Rise in the CWE 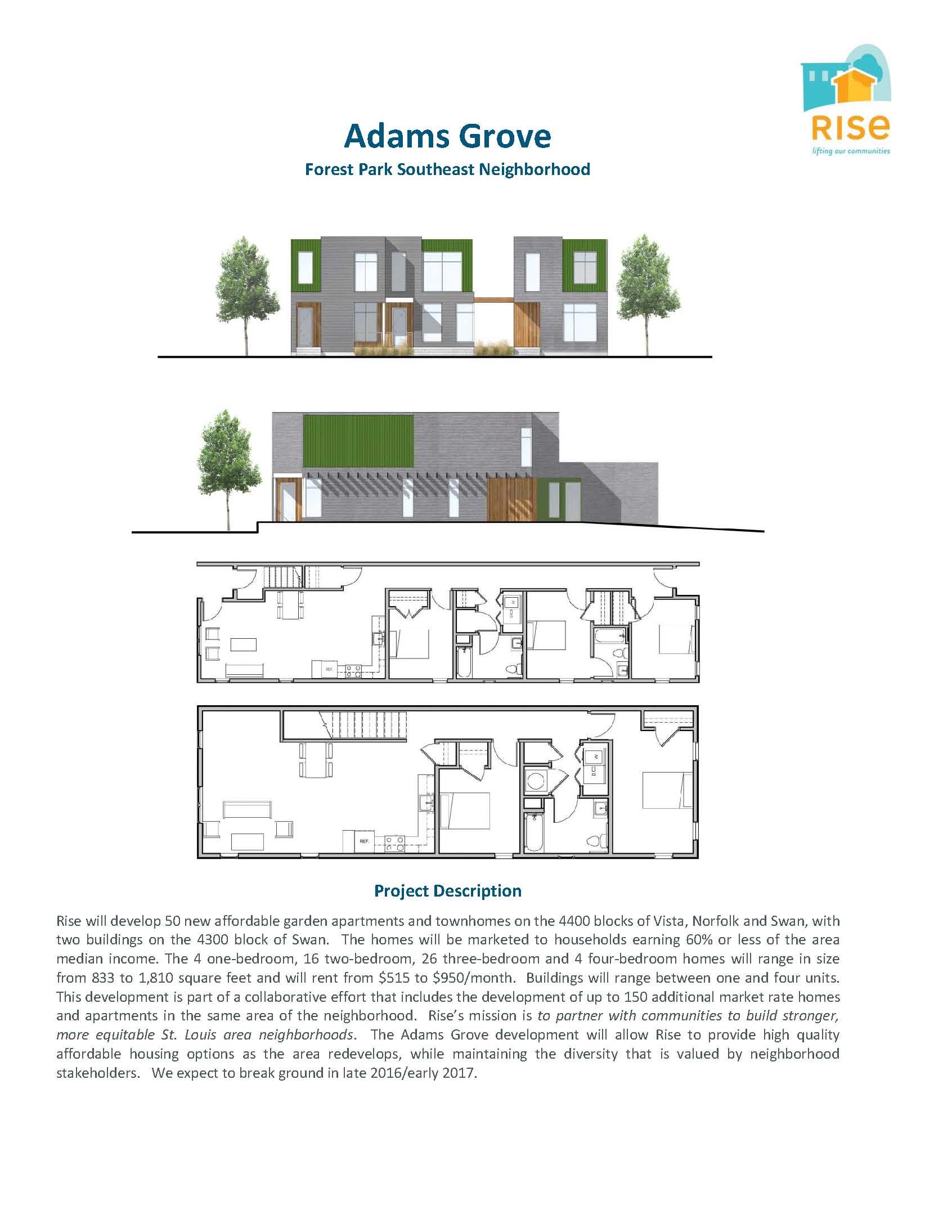 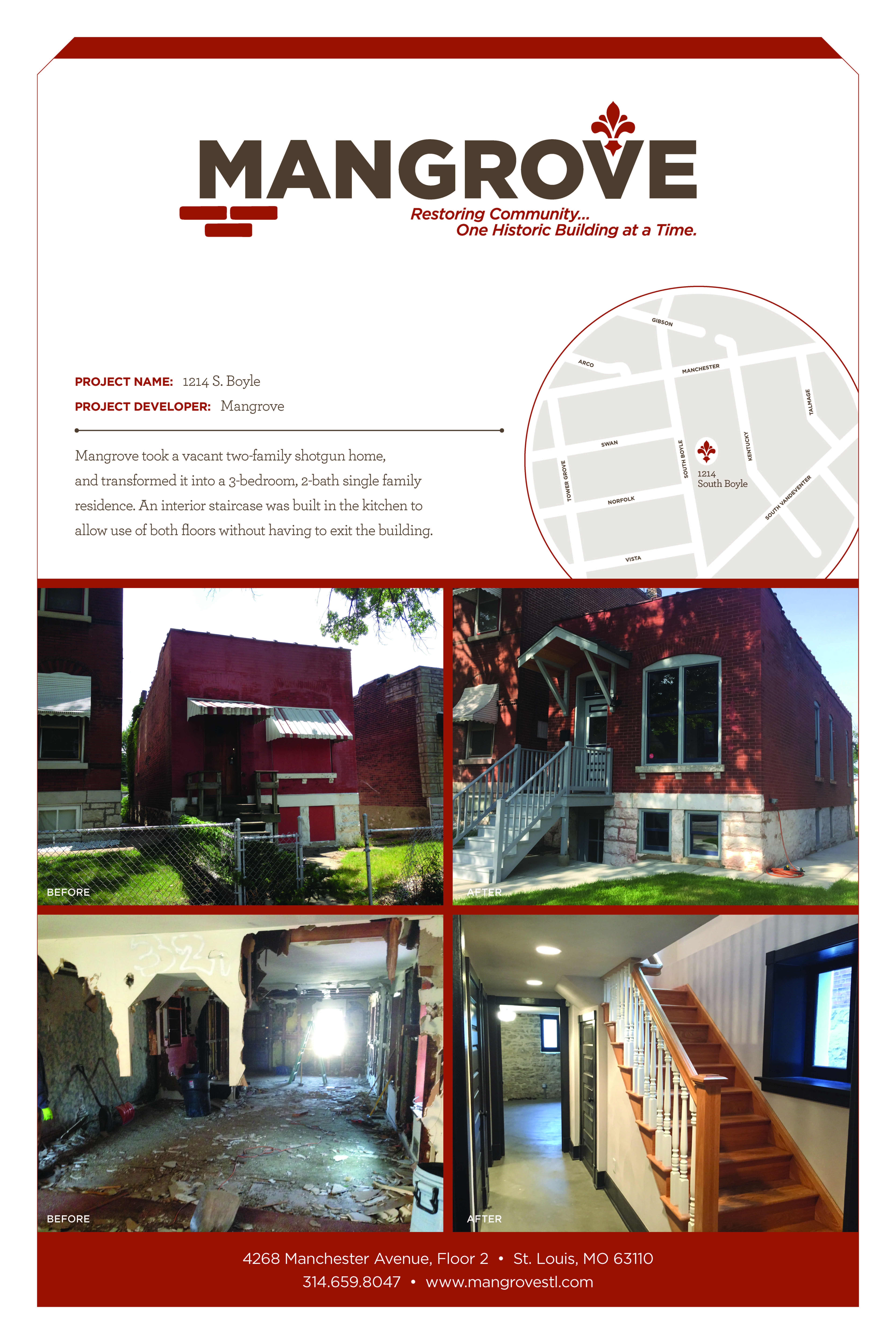 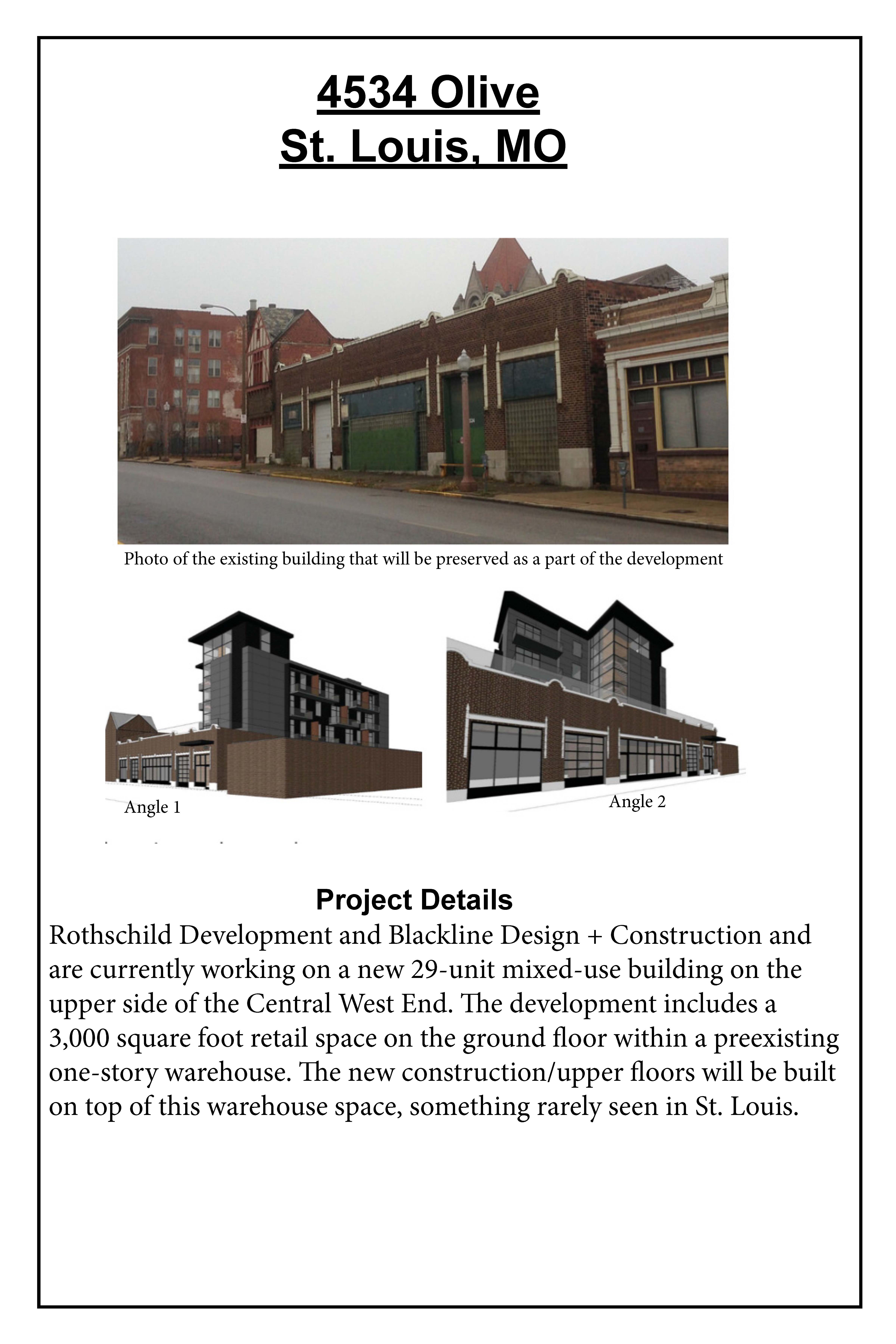 Mixed Use in the CWE 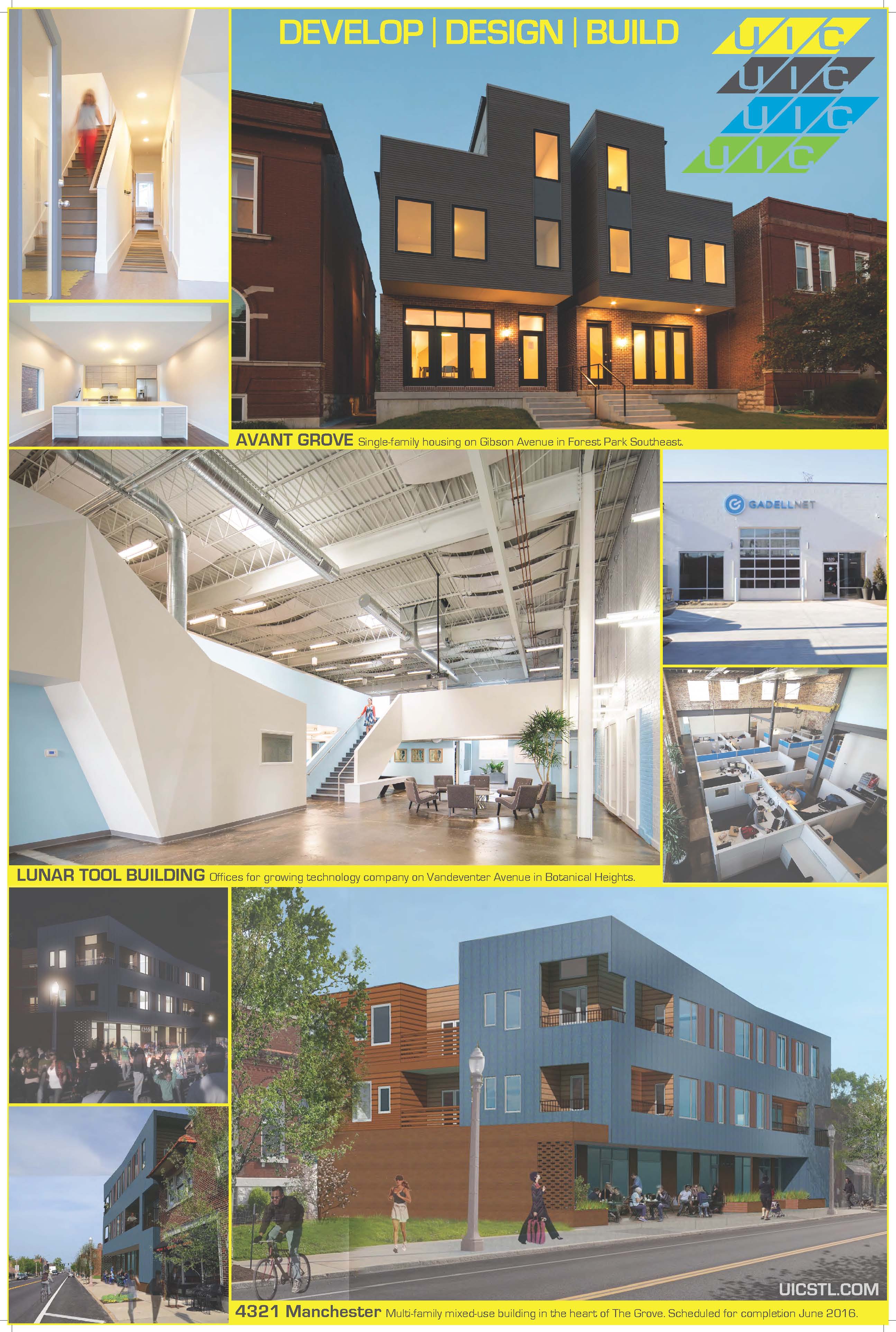 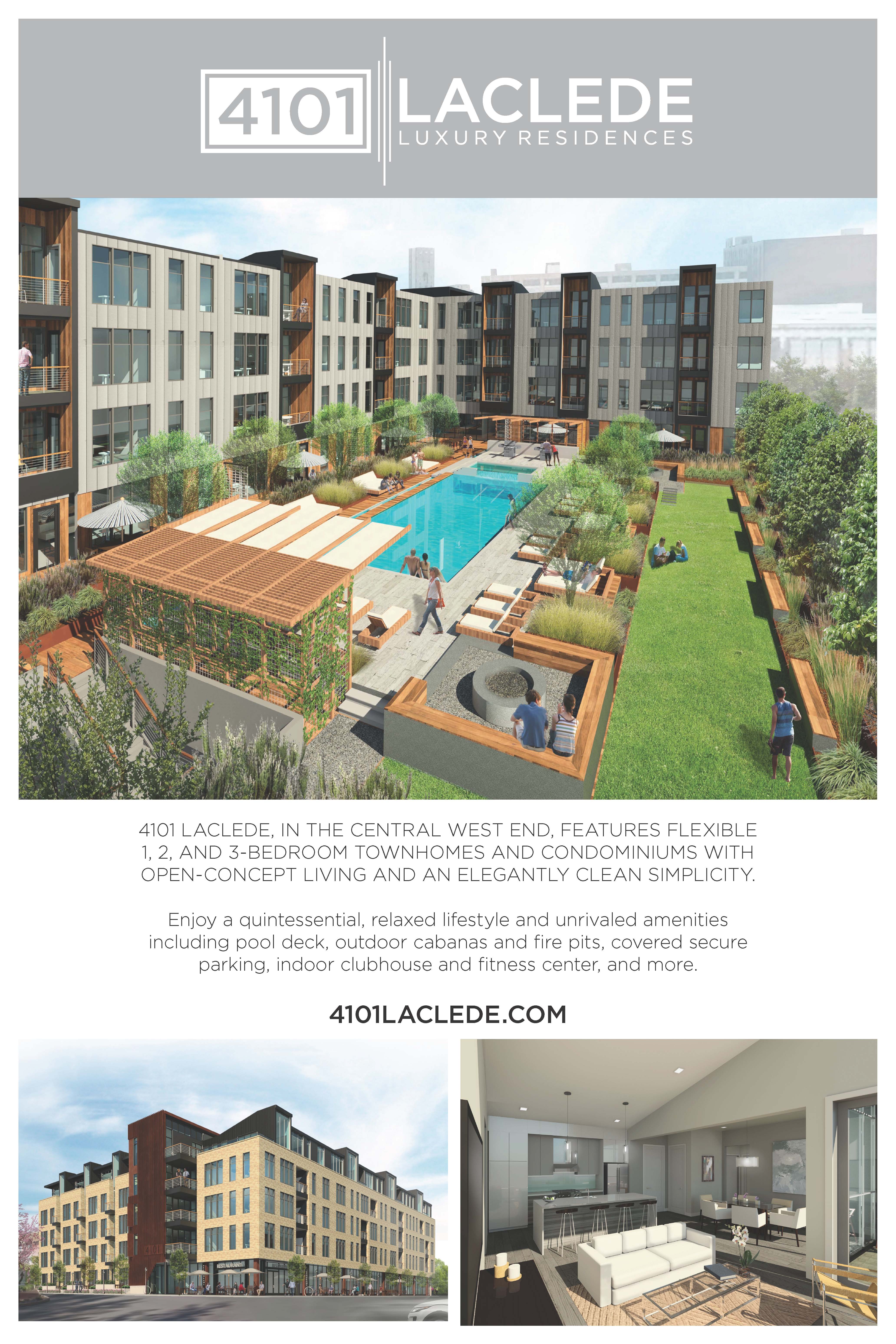 Modern Mixed-Use Infill in the CWE 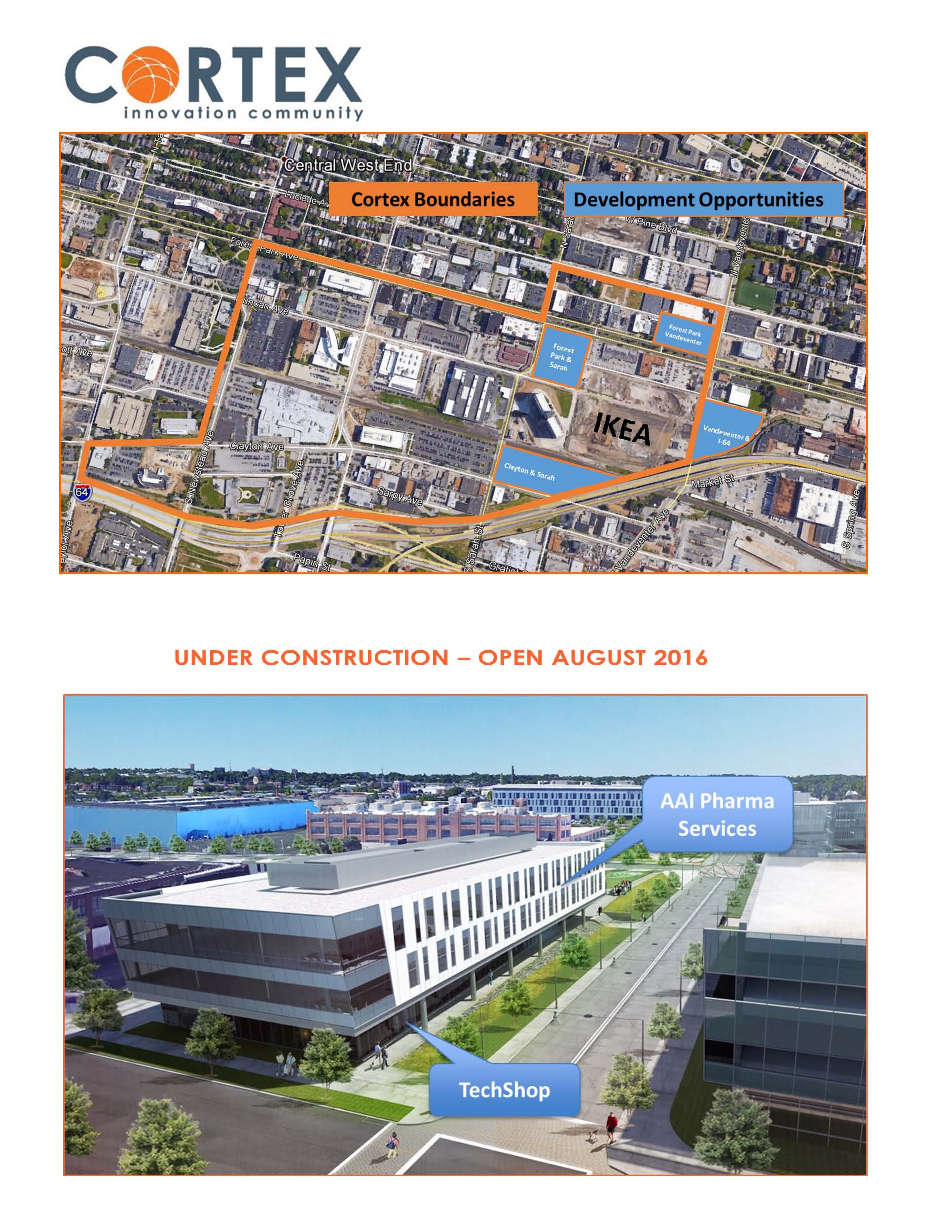 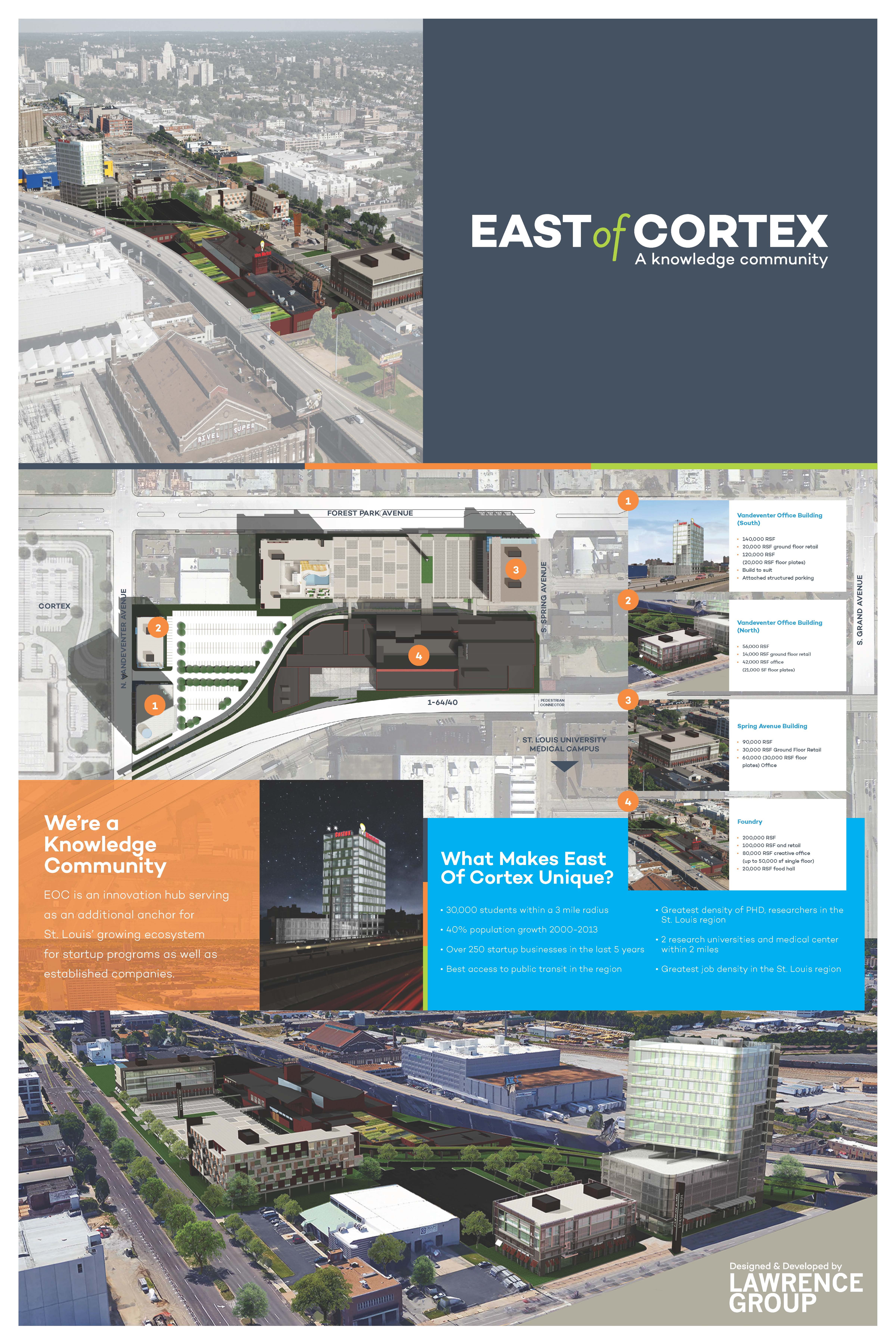